The TILO-M™ series is already equipped with a bayonet connection on the eyepiece side and can therefore also be used as an attachment both on short dots scopes and on the ELCAN Specter DR 1–4×. This makes it not only the smallest thermal imaging goggles, but also the smallest clip-on in the world.

The following models belong to this authority series: 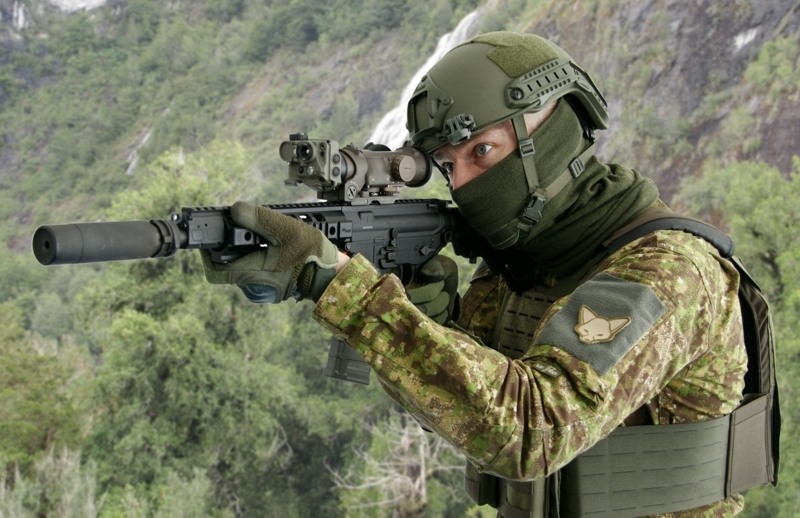 Sale only to authorities:
The TILO-M™ series is sold exclusively to government customers, preferably police and gamekeeper. The devices are ITAR-free. Users from these areas only need a COC approval, which is granted within the EU and the following states without problems: Australia, New Zealand, Switzerland, Norway.
Private customers do not regularly receive any authorisation.

Technical classification:
Apart from the color and the bayonet connection, the TILO-3M™ corresponds to the civil TILO-3Z+™ and the TILO-6M™ is otherwise identical to the TILO-6Z+™. These are the most powerful models with 320×256 or 640×512 pixels.

The ELCAN Specter DR 1–4× will only be a few centimetres longer due to the TILO-3M™.

Quick mounting of the 3× magnification lens and TILO-6M™ on the ELCAN Specter DR 1–4×.

To use the TILO-M™ series as an clip-on, it has to be collimated. Authorities customers please use the following manual: 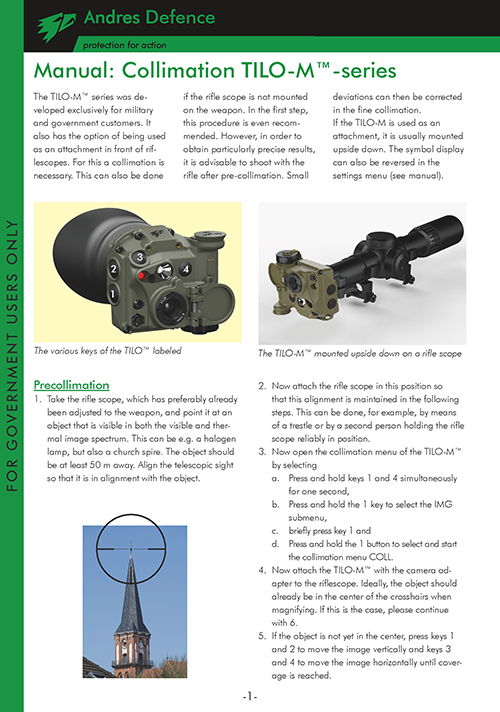