Which TILO™ is the right one for you?

There are currently three product lines, which differ significantly in terms of their field of application:

TILO-3 series
With 320×256 pixel sensor resolution
With a CR123 battery, the TILO-3™ can reach an impressive runtime of over 3 hours. By using a 16650 battery, it is even up to 7 hours. The basic Z version has a lower thermal resolution, but is especially inexpensive.

TILO-3Z+2×™
With double optical magnification
A TILO-3™ with a more powerful lens that makes it more usable for clearing up and observation. The higher magnification gives it a longer range of 1000 meters. This makes it an inexpernsive alternative to the more powerful TILO-6™. However, the field of view is reduced to 12°, caused by the stronger magnification.

In short: Small field of view, high range, low price - possibility to increase the already high range considerably with a 3x magnification lens. Well suited for identification or clearing up.

In short: Large field of view and high range, upscale price. Again, a 3x magnification lens can triple the range. Suitable for all applications.

TILO + models
All TILO models with a + in the label use particularly powerful thermal imaging cores with 40mK instead of 60mK power (devices without +). This gives them significantly better image quality. This is particularly evident under low visual conditions, i.e. in damp, cold weather. As a result, the TILO-3Z+ and TILO-6Z+ are among the most popular models, but they are also more expensive.

Film: Comparison of the TILO models
In order to be able to compare all TILOs™ professionally, we have built a special construct on which all TILOs™ are next to each other.
The supplied picture was recorded, so that now a comparison video was created. Which TILO™ do you need for your purposes? Find out!
The image of TILO-3Z+™ corresponds to TILO-3M™ and that of TILO-6Z+™ to TILO-6M™.
(to ensure an objective quality the film must be loaded from our FTP server with approx. 300Mb) 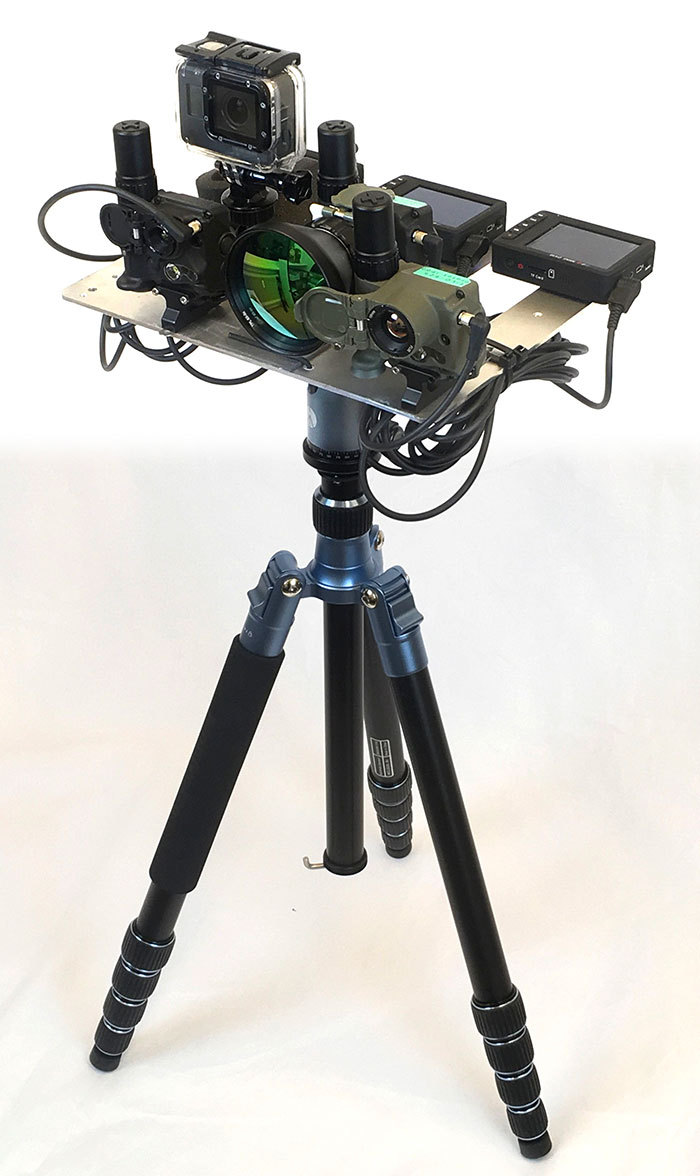 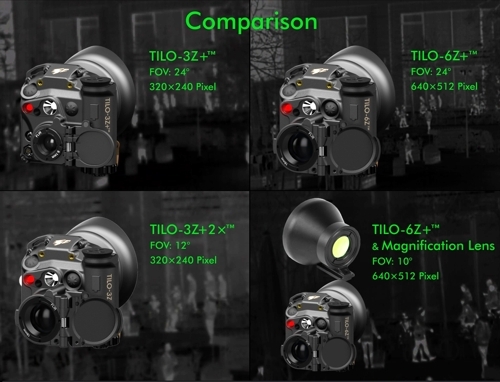 Since the ordered product is an export-limited product, we require, after your order, an end user statement, which you recieve via mail and a copy of your identity card in advance.